(Note: These little story posts have had a long tradition on my older blogs. Haven’t done one in a very long time but I felt this one had to be recorded for posterity. Horrific posterity. Anyway. Here we go.)

Well. I had stage 2/4 of my implants done today and that was… a bit disgusting. TW for, uh, yuck. Major yuck. You have been warned. No, SRSLY. This is not for the faint of heart. Please don’t come for me.

In early February, me and my dentist (Dr. L, who, BTW, is super duper extra bonus awesome ^_^) started the process of getting three of my no longer existing teeth replaced by implants. Lower jaw, one on the left, two on the right. This is a four-part procedure. Part 1 involves cutting open the gums and drilling a screw each into the jaw where the root used to be. Yep, metal roots. Very… metal. Also, very, very expensive.

Once that was done (which was… a little tough especially when the anesthetic gave up four-fifths of the way but still not as bad as you might think), I had to wait for about three months. Part two happened today and… wow. I had been told that what was going to happen was the uncovering of the artificial roots (a.k.a. the metal screws) and the adding of the component between those and the actual artificial teeth on top.

What I had not been prepared for was what “uncovering” actually meant. Hoo boy.

When I had entered the treatment room and sat on the chair, the assistant lady (who is always super sweet and kind) put up this weird device next to me and asked me to put a thin, square plastic-covered metal plate under my shirt. It was connected to that ominous machine. Quoth her: “It needs to have skin contact”. What the actual hell? Being the obedient person I am, I did what she asked, not sure what to make of all this. She then called in Dr. L. who, in his usual cheerful manner, explained the procedure (But SRSLY, what do you mean by “uncover” and what does it have to do with that device??!!) and got to work quickly.

Anesthetic was awful as always (no idea how I have never hurt myself from tensing up so much) but since there was only a small area to cover, it didn’t take long for it to take effect. As in, two minutes. Not even kidding.

Then, something happened that I was in no way prepared for and I’m still not entirely sure whether this was a good or bad thing.

I was still convinced that, in order to get to the metal screws inserted into my jaw, Dr. L. would be slicing open my gums just like last time. Which, terrible as it is, with proper anesthetic, is a totally bearable thing to do. And then, I’ve had three teeth plus one wisdom yanked out of my mouth at various points in time so I’m very used to those kinds of wounds.
But wait. Where would the material (the “gum flesh”, so to speak) go that had been above the artificial roots since this wouldn’t be needed any more once the whole implant is in place?

Only after the whole procedure was finished did it occur to me what the strange device next to me had reminded me of. The damn thing was basically a… fancy-looking soldering iron.

Before I knew what was happening, Dr. L. had turned the machine on, which made a high-pitched sound and then he proceeded to burn away my gums on top of the metal screws, smoke and all. Yes, I now know what the smell and taste of burning human flesh is like and, make no mistake, I will not forget either of these until the second I die.

Thankfully, it didn’t take too long to finish that madness and Dr. L. finally added the extra metal bit on top of the now uncovered screw. When he then asked whether I wanted to take a break before he did the other two, I was basically like “Oh god fuck no please finish this horror quickly or I might legit lose my mind” (which basically came out as “Nu-uh” – granted, I couldn’t nearly be as expressive as I wanted to, considering half my mouth was numb and I had just witnessed a bit of my gums being cauterized into oblivion).

Long story short, two more followed (so glad I was too stunned by what was going on to react much) and after a bit of rinsing with water, the taking of a mold for the artificial gums part (to follow next week) and yet more rinsing, I was done and walked home in a daze (which actually took longer than the entire procedure – Dr. L. is fast).

I don’t think I have ever been this happy to have a warm cup of black milk tea. Jesus H. Christ.

And now that the taste of fiery death is finally gone, I’ll play some Animal Crossing and, uh, cherish the experience? I guess? Either that or try and find more people to yuck out with it, heheh.

Oh yeah. I now actually have three metal studs sticking out of my jaw. Thankfully, this won’t last long as my next appointment will be next Tuesday. If all goes according to plan, the whole thing (artificial teeth and all) will be done before the end of the month.

Okay. For today, how about…

… first impressions of the “Higurashi no Naku Koro ni” remake that will start airing in July?

I’ve shown you the fan-made trailer for the non-existent Hataraku Saibou movie – this time, let’s check out a real trailer for an actual upcoming anime.

I love the story of Higurashi but the terrible animation in the old show (especially season 1 *shudders*) held it back. So in my opinion, a remake is more than overdue and so far, this is looking really good.

To commemorate the start of the weekend, I give you…

… a funny and very catchy take on quarantine and the whole stay home campaign!

Beloved German punk comedy band (S2G, at this point, I’m pretty sure they’re considered a legit national treasure) Die Ärzte are stuck at home just as many of us are and what do three crazy musicians do if there’s nothing else to occupy their time?

Correct, they write a song.

Obviously, this one is also German only but pretty damn hilarious if you understand the language. Also pretty damn stoked about the hints at an upcoming album.

Yes, and I have no idea why I haven’t done this sooner. This time, I bring you…

… cute kitties (and lots of them)!

Josie and the Cat gang is a breeder from Sweden who posts daily photos and videos of her adorable rag dolls. The fluffy boys and girls have never failed to make me smile.

René Marik, the inventor of the wonderfully quirky comedy character Maulwurfn, is doing live hand puppet tutorials and playing some skits on the Maulwurfn Facebook page.

This is obviously all in German but might still be relevant to German-speaking folks (or second-language learners?)

We continue! Today, I recommend…

Sir Patrick Stewart is reading a sonnet every day and posting the videos on his Twitter.

Alright, this time, I offer…

… journaling! Ryder Carroll, the inventor of the Bullet Journal, has been doing some live writing sessions on his Instagram!

I’ve been an avid fan of the #BuJo method for nearly two years and can confirm it can be very fun and relaxing and might even give you some control over your life when it might be needed.

… a whole bunch of awesome anime recommendations from J-List’s Peter-sensei!

I’ve seen most of these and can confirm they are not only highly watchable but might also provide some distraction and good feelings during these trying times.

As we all know, current events are a bit grim. Therefore, I have decided to try help everyone fight the gloom by posting fun, cute or amusing things as often as I can. Let’s go!

… a fan-made trailer for an – imaginary – Hataraku Saibou movie trailer!

Incidentally, the helper t-cell is adorably played by Dr. Ed Hope who also runs his own YouTube channel which comes highly recommended. 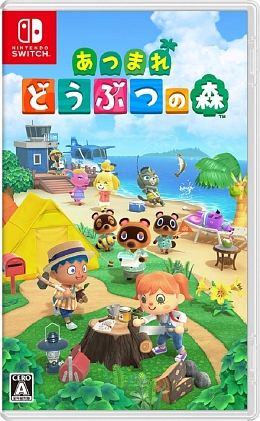